Introduced in Japan on December 18 of 1960, it was the first Japanese watch to pass the rating of the Bureaux Officiels de Contrôle de la Marche des Montres. Seiko’s goal was to create the ideal watch, according to the highest standards of precision, beauty, legibility and durability.

Manufactured by Suwa Seikosha, it housed the caliber 3180 (later renamed 5720), which combined some characteristics of the movements previously developed by Seiko for the Lord Marvel and the Crown. The claimed accuracy was +12/-3 seconds per day.

After lengthy debates, the Gothic font was chosen to express Grand Seiko’s respect for the long history of mechanical watchmaking.

Most of the examples produced feature a case coated with a layer of 14-karat gold that is 80 microns thick (considerably thicker than common gold plating). Some examples with platinum cases were also produced, much rarer and more expensive than the previous ones. The latter are not present in the catalogs of the time, but their existence is officially confirmed by Seiko.

According to the official version, the first Grand Seiko was never produced with a steel case, and the specimens of this type that are occasionally seen on the second-hand market are almost certainly assembled watches, containing non-original or modified parts.

Different versions of the dial

Both in the gold filled examples and in those in platinum, we find different variations of the dial. In some examples, particularly in the early ones, the Grand Seiko logo located at 12 o’clock is engraved or printed, while in others (most of them) the logo is raised.

Almost all of the specimens, both gold filled and platinum case, have dials of the SD type (Special Dial), as can be seen from the symbol at 6 o’clock, but there are rare examples of AD dials. 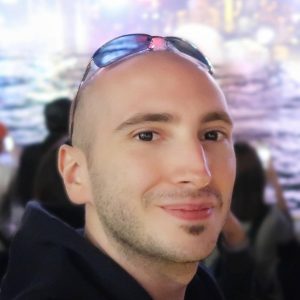 Emperor Akihito, at the time heir to the throne, v